If you’re looking for alternative ways to deal with cancer, here’s an excerpt from Cancer Tutor on a product called LIfeOne and an additional excerpt about cancers, HIV, AIDS, and the immune system, which concludes with the use of the product, LifeOne.  We at Natural Healing Center of Myrtle Beach utilize LifeOne in out programs.  We also make it available for you to purchase online.  Call today, and we can assist you if needed.  (843)-839-9996

Lifeone works unusually quickly in patients with hepatoma, ovarian cancer, squamous cell carcinoma, cervical cancer, colon cancer, prostate cancer, lymphoma and pancreatic cancer if they have not been treated with chemotherapy and radiation. These patients may feel better in 2 weeks and can be much better in 4 to 6 weeks.

Patients with prostate cancer can use this protocol even if they are on hormone therapy.

Patients treated with radiation and chemotherapy need longer to recover, and must take organic DeAromatase for 3 months to heal the endocrine damage caused by chemotherapy and radiation.

The survival percentage of patients with malignancies can be improved by using a low glycemic diet, healing endocrine damage with DeAromatase, correcting hormone imbalances (usually estrogen excess), finding and eradicating bacterial infections in non-responding patients, diagnosing and treating fungal infections, correcting deficiency of adrenal and testosterone hormones in advanced cases and preventing narcotic use which stimulates the growth of malignant cells.

Cancer rates increase when the immune system is suppressed from immunodeficiency diseases. Children with immunodeficiency diseases have an increased rate of lymphoma, leukemia and Hodgkin’s disease. HIV positive patients with immunosuppression have many types of cancer including Kaposi’s sarcoma, non-Hodgkin’s lymphoma, cervical cancer, and Hodgkin’s disease. Organ transplant patients and autoimmune disease patients have an increased incidence of cancer due to the use of immunosuppressive drugs. Researchers believe the immune system plays an important role in prevention of cancer by recognizing, and destroying cancer cells. The use of natural compounds in the treatment of cancer and AIDS is growing throughout the world. Most of these compounds have low toxicity and benefit the whole patient.

John Boik states in his book “Natural Compounds In Cancer Therapy” that there are seven procancer events in the development of cancer. These events are:

There is a positive correlation between the proliferation of cancer cells and the production of insulin, sex hormones, and lactic acid. As cancer cells proliferate, local inflammation and chaotic cellular development occurs, which causes a low-oxygen  (hypoxic) environment. This local hypoxic state causes the excess production of lactic acid and inefficient utilization of glucose, which in turn stimulates angiogenesis (new blood vessels) to try to feed the area with more glucose and oxygen. The cancer cells consume glucose at a rate 3 to 5 times higher than normal cells. As cancer cells proliferate, serum glucose levels increase causing an increase of serum insulin levels. Insulin has also been shown in cancer cell cultures to be a growth factor, which causes proliferation of the cell growth. Inhibition of the abnormal production of lactic acid and insulin is an important aspect of any cancer treatment.

Hormones, especially estrogen and testosterone, have shown to be a cancer growth factor, not only for reproductive organs (breast, prostate, and ovarian cancers), but for other types of cancers (pancreatic, lymphatic, skin, kidney, colon and lung cancers) as well. Normalizing of hormone production is therefore an important objective of a cancer treatment.

A number of natural compounds have been shown to possess properties that are useful in the treatment of cancer and HIV. Obviously those compounds that have the greatest number of properties that inhibit the seven procancer events would be the most desirable and effective to use. Research has also shown that inhibition of the seven procancer events will also inhibit HIV virus proliferation by inhibiting the virus absorption process, cell-to-cell fusion, virus growth, virus transmission, and immune stimulation.

Compounds that have been shown to have a broad effect in treating cancer and HIV are:

Inhibits Tat-mediated transactivation of type 1 human immunodeficiency virus long terminal repeat. Tat is a protein secreted by the HIV1-infected cells that may have additional action on the pathogenesis of AIDS

The organic form of selenium, which is better utilized by the body
Acts as an antioxidant
Inhibits 6 of the 7 procancer events
In-vitro and in-vivo studies show anticancer effects
Strong immune stimulator
Helps restore plasma selenium levels that are low in cancer and HIV patients

Synergism benefits cancer therapy resulting in lower dosages of drugs or compounds. Many natural compounds need synergism with other compounds to be effective against cancer, HIV, and other immunodeficiency diseases. It is best to use several natural compounds together in a mixture to enhance the synergetic action of each compound.

It is apparent in reviewing the research that the proper mixture of natural compounds applied at a therapeutic level, combined with the appropriate delivery system, can effectively allow your body to reverse the destructive capacities of cancer, HIV, and other immunodeficiency diseases.

The Truth about Sodium Benzoate and LifeOne Formula

Sodium benzoate has been the subject of extensive experimentation: it has been tested in long term and short-term feeding experiments in man, dogs, and rats and mice. In one experiment in Germany, four generations of rats were continuously exposed to 0.05 or 1 percent sodium benzoate in their diet. Scientists did not observe any harmful effects on growth, life span, or internal organs. No tumors were detected. All evidence points to sodium benzoate as a safe preservative, except for rare instances of allergic reaction. It also needs to be noted that this sodium benzoate was not combined with acidic food or ascorbic acid. It is this failure in experimentation that is causing such widespread concern of its use. Even in much longer term studies it has been found safe. That is because benzoate is a natural metabolite of the body. It is when the pH surrounding this preservative is low (acidic) that the production of benzene and other difficulties take place.

The reason sodium benzoate is listed in the ingredients of numerous foods is because it works well at killing a wide variety of bacteria, yeast and fungi. You will almost always see it used as a preservative in foods with a high acid content. This is because sodium benzoate will only work when the pH balance of the foods or drinks is less than 3.6. Because it becomes active only at a low pH it is most commonly used in foods such as most sodas, vinegar, fruit juice, and in mixed ingredients like salad dressing. It is also used to stop the fermentation process in wines.

Sodium benzoate naturally occurs in several natural fruits such as apples, plums and cranberries. A few sweet spices contain small amounts of sodium benzoate, including cloves and cinnamon. The presence of sodium benzoate in these foods does not necessarily act to preserve them. Many contain levels higher than the FDA recommended concentration of 0.1%.

The most common fear is that the use of sodium benzoate with citric acid or ascorbic acid, (vitamin C), can produce benzene which is highly carcinogenic, and may cause genetic mutations. This is true and I was one of the first to make the same complaint. It needs to be remembered however that this only occurs when the pH is below 3.8, which is acidic. In LifeOne it never reaches that pH nor anywhere near it. For this reason and others, no benzene is produced.

We are often asked why we do not use other preservatives like citric acid. The answer is simple, but the implications are too numerous and complicated to go into in this short article. We do not use citric acid and other like preservatives because it would change the pH of LifeOne and for several reasons that is unacceptable. LifeOne is kept very close to the normal pH of blood at just over 7.

Since LifeOne uses an extremely small amount of sodium benzoate, some have questioned its safety. Whether you believe the charges that are currently being thrown about concerning its safety, knowledge of the how and why it is used is a legitimate question.

1. Though the FDA sets the limit of sodium benzoate at 0.1%, LifeOne formula uses a minute fraction of that amount.

2. Since sodium benzoate is only activated at a pH of less than 3.8, it can never become active in LifeOne because LifeOne has a pH of over 7.

4. If you doubled the dose of LifeOne you would be getting less sodium benzoate than you would in an organic apple.

5. Since LifeOne is often stored for periods of times in warm climates without the benefit of refrigeration and because many USA users of LifeOne may leave their bottles out on the counter for days at a time it is necessary to be as safe as possible to see that the bottles do not become contaminated by as wide a range of bacteria, molds, and fungi as possible. By being added in a miniscule amount in the water phase of production we are able to accomplish this without jeopardizing the users’ health in any way.

6. It prevents oxidation that starts a chain reaction between glycerin and or oxidative B’s into aldehydes like Octanal C8 H16 O, Decanal C11 H22 O which can be extremely dangerous aldehydes when ingested.

7. 1954 Dr. W.H. Stein reported in the Journal of the American Chemical Society that benzoate is a natural metabolite of the human body through endogenous formation of benzoate through the phenylalanine-tyrosine pathway. In other words we produce it naturally in our own bodies’, so fear of the substance needs to be tempered with knowledge of its use and properties.

8. When compared to the possibility of contracting bacterium clostridium botulinum or other serious bacteria, molds or fungi it seems much safer than doing nothing, or ruining the product for the properties that make it so effective. 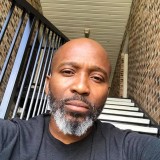